Lia Ocampo is born and raised in the Philippines. She spent 22 years working for the U.S. Government in different capacities. In July 2012, she came to New York City as an immigrant. Just one year later, Lia continued to strive for success in her professional life as she achieved her goal of becoming a Flight Attendant. Lia is now an author of two books, a mentor, & a resource speaker for immigrants. She splits her time between Florida and New York, where she remains dedicated to her writing, love of travel & passion for helping people

Lia arrived in the “Big Apple” or New York City in July 2012, with her things packed up. She left the Philippines behind and migrated to the US. Lia spent 18 years working for the US Embassy with a chance to bring over her children.

People often wanted to know why she chose New York. She was going to work for the United Nations, but that was not in her destiny. One disappointing setback always meant that she fought even harder next time, and she took setbacks as a blessing and never accepted a defeat.

Many times, no matter how hard we try to make something happen, it doesn’t. Sometimes this could be because of external factors like politics or other circumstantial things beyond our control. This can be very difficult and we should accept defeat once in a while to regain our energy and analyze the situation but don’t worry there’s always a silver lining! Failure can be your best friend if you analyze why something failed and use that as motivation! This is exactly how Lia took the challenge.

Lia Ocampo has an admirable vision that encompasses a number of different perspectives. It’s her goal to create a brilliant future, which she believes includes motivating others and creating stronger communities. Lia has always attempted to make positive change in the world through speaking out on important issues or volunteering where she can. She’s passionate about issues such as women’s rights and social duty, but her passions also include traveling, journalism, and photography. Lia is a flight attendant and also serves as a mentor with experience in many areas of interest including helping others achieve positive goals they’re striving toward.

Learn more about Lia Ocampo and her 2 self-published books, What We Know For Sure and I Love Flying on her website: https://l.ownyourfamily.com/LiaOcampo 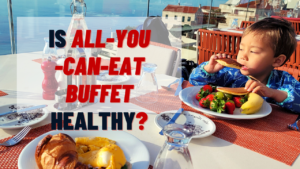 Is All You Can Eat Formula Buffet Healthy? Health Lifestyle Talk How To Build And Start An Online Business for Beginners with Laura Hurubaru, Business Strategy Coach, Founder, & Entrepreneur