How to be Your Own Bank with Bitcoin? | James Altucher Own Your Family
How to be Your Own Bank with Bitcoin? | James Altucher

Bitcoin’s key selling point is that it’s decentralized, meaning there’s no one central authority or center that could be hacked or taken down, making it a very appealing option for people who are looking for an alternative to more traditional methods of storing and using currency. Because there’s no one in charge of the Bitcoin network, anyone can join and take part in the enforcement of trust, making it a level playing field for everyone involved. And because there are no central servers or other infrastructure that could be targeted, Bitcoin has very little counterparty risk. When you store your money, you have complete ownership over it. This means that nobody can prevent you from having or spending it – not even if someone tries to break into your home or the government tries to confiscate your wealth (as happened with gold in 1933).

Watch the full episode of Be Your Own Bank with Cryptos like Bitcoin!

Why you can be your own bank?

Fifty million dollars can easily be transported on a USB stick or a piece of paper (or even just kept in your mind) and sent to anyone in the world— making time, space, and borders essentially meaningless. “If Bitcoin succeeds,” says Erik Vorhees, “it is likely that PayPal and Western Union would be removed from the marketplace. The Federal Reserve (and every central bank) would be made redundant. ‘Disruptive technology’ is thus an understatement.”

Hello I'm Kristine. I was born in General Santos City, Philippines and raised in Surallah, South Cotabato. I like chatting with my friends and surfing the internet.I am passionate about learning things. I was an Online English Teacher for five years and was also a Computer Graphics Operator for three years. 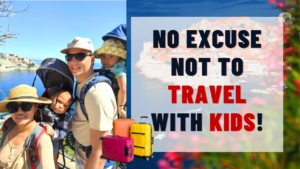 How To Travel with Family and Kids? The 7 Habits of Highly Effective People by Stephen R. Covey